Deep Blue by Jennifer Donnelly is reviewed by the newest member of our team, Mary Malhotra.

Deep Blue, (Disney Publishing Worldwide, $17.99, Ages 9-12), released May 6, 2014, is the first in a planned four-book fantasy series, The Waterfire Saga, about six gifted teen mermaids from different realms who come together to save the ocean from an ancient monster. The story takes readers on an adventure exploring diverse cultures under the sea (and inside mirrors, too — a shadow world that has always fascinated this reviewer!). The mermaids do magic by singing, a skill they call songcasting. In addition to enchanting Mer creatures, the book features ghosts, zombies, and other supernatural figures, and some explicit battle gore.

The world of Deep Blue, first envisaged by a creative team at Disney, is brought to life by New York Times bestselling author Jennifer Donnelly. Donnelly is the author of A Northern Light, a historical fiction YA set at the turn of the nineteenth century (winner of Britain’s Carnegie Medal and a Printz Honor), and Revolution, a story about a troubled present-day teen pulled into the world of a girl living in revolutionary France. Deep Blue will probably appeal most to a tween audience. Disney suggests the book for ages 9-12.

In the book’s prologue, water witches summon the six mermaids, warning that a four thousand-year-old monster capable of destroying entire civilizations has been awakened. As the story begins, we meet two Mer princesses, Serafina of Miromara and Neela of Matali. Sera and Neela are best friends, together for Sera’s betrothal to Neela’s brother Mahdi, the crown prince of Matali. Sera and Mahdi’s betrothal, intended to unite the two underwater kingdoms in peace, is interrupted by a brutal attack led by the cruel Captain Traho. Many at the party, including Sera’s parents, are injured or killed, but Sera and Neela escape.

The princesses soon discover they have both dreamt of the witches and the monster. Now they must find the four other mermaids described in the witches’ chant and join up to battle the monster. Captain Traho pursues Sera and Neela, so they have to use their wits and their growing special talents to stay a step ahead of him and figure out who or what is behind his evil ambitions. Destined to lead the other mermaids, Sera tightly holds on to the hope that her mother, the queen of Miromara, is still alive and will return to make everything all right. Will Sera grow to accept her role as leader? Can the six chosen mermaids gain the confidence and skill needed to battle the monster?

Deep Blue is a fun read, and a doorway to imagining a complex and magical world under the sea. Author Donnelly says Disney’s The Little Mermaid was a favorite at her house when her daughter was younger. Now her daughter is ten, an age Donnelly says is “fearless and full of wonder. Bemused by boys. Fierce about friendships. Standing at the borderlands of childhood, suitcases in hand.” Donnelly hopes her readers will find Sera and her fellow teen mages to be “worthy travel companions” as they embark on the soul-searching and increasing independence of their own teen years.

For more on Waterfire Saga: waterfiresaga.com
Find Jennifer Donnelly on line: jenniferdonnelly.com
Or on Twitter: twitter.com/jenwritesbooks
Or visit her on Facebook: JenWritesBooks 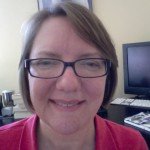 About Reviewer Mary Malhotra – After your typical career as a database designer/schoolteacher/small-business CFO, Mary Malhotra is focusing on the next obvious thing, short story and novel writing for the YA market. A member of SCBWI, she has participated in writing workshops at UCLA Extension and the Writer’s Center (Bethesda, MD). Her YA novel COMMON HOURS is on its first full revision (and fourth working title). She lives in La Canada, California with her husband and lots of pictures of her grown kids. Find her on Twitter @MCMalhotra or at www.Facebook.com/MCMalhotra.

THE BOY WHO LOVED MAPS Written by Kari Allen Illustrated by G. Brian…