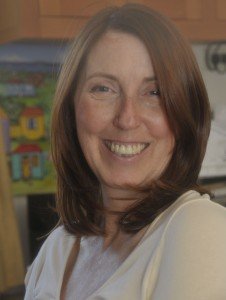 If you didn’t get to read our review of The Hunted: Polar Prey, please click here for the link.

Sara, welcome to Good Reads With Ronna, and thank you for agreeing to give us a glimpse into your writing life!

GRWR: When did you make up your mind to be a writer?

SLK: When I was around 30 years old. I got my feet wet by enrolling in a mail order course called “The Institute of Children’s Literature.”

GRWR: You’ve written over 30 nonfiction books for children. What made you decide to try your hand at fiction?

SLK: I have been trying to get published in fiction since I began writing children’s books. I started with picture books with no success. Then I tried middle grade with no success. After 21 years, I finally got a contract for my fiction early chapter book, The Hunted: Polar Prey. For some reason, writing non-fiction was easier for me. It only took me seven years to get published with my first non-fiction, Giant Lizards.

GRWR: On average, how long does it take you to write a non-fiction book vs. a chapter book?

SLK: The time frame is about the same, one year. However, the edits for fiction books can go on for years.

GRWR: The Hunted: Polar Prey takes place in the Arctic. Please tell us some of the other exotic and/or remote locales you’ve visited? Which one is your favorite and why?

SLK: I’ve visited many countries in Africa, Europe, Central America, South America, and Asia. I can’t pick just one. I loved Italy, Japan, China, Maldives, Botswana, South Africa, Peru. I have fond memories of the majority of countries I’ve visited. However, I rarely return to a county. There are so many more to see! Unless, I have to go back to a country for research, of course.

GRWR: Please tell our readers how The Hunted: Polar Prey came to be written.

SLK: I read a newspaper article about scientists who became shipwrecked in the Arctic. While there, polar bears began to close in on them. I also read a book titled Ice Drift by Theodore Taylor. I put the two ideas together to come up with [the story of] a boy who has to save his mother while she is floating on an iceberg and being hunted by a polar bear.

GRWR: The book is told via several voices: the main character, Jeremy, his mom, Jeremy’s Inuit friend, Felix and the bear. Why did you decide to write the story this way?

SLK: Because I become disinterested with one character. It gave me the chance to bring in all my interests into the story. It was fun to be a polar bear, a twelve year old boy, a mother, and an Inuit all at the same time. I love nature and animals. I love action and adventure. And I love spirituality. It was also fun to piece the story together through all the different viewpoints. It was like putting together a puzzle.

GRWR: Did you base the human characters on people you know or are they completely made up?

SLK: They are completely made up. I tried to put myself in the characters’ shoes. It was fun to shift gears.

GRWR: I love how you weave in facts so seamlessly into your story – for example Inuit language and traditions and how a helicopter is maneuvered. How long does it take to do this research? 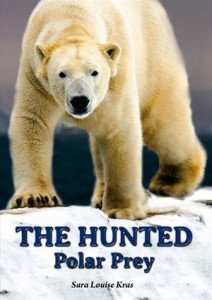 SLK: I was able to ask at the Eskimo museum in Churchill about Inuit traditions. The Inuit words were gotten from the book Ice Drift mentioned above. In regards to the helicopter, my husband loves helicopters. So we’ve ridden them many times including while visiting Churchill, Canada.

SLK: Yes. I’ve made many during my years as a children’s writer. My first research trips were to several of the national parks in the United States as I did a national park series. My other research trips included: Cambodia, Honduras, Botswana, Antigua/Barbuda and Galapagos Islands.

GRWR: Obviously you’re a keen animal observer and love both nature and adventure. Have you ever done anything as a child or adult as daring as what Jeremy, Felix and Felix’ s dad undertake in The Hunted to rescue Jeremy’s mom?

SLK: As a child, I was a real tomboy. I played sports and hung around with my brothers. So my childhood was pretty rough and tumble. My mother also took our family on very long road trips where we visited many of the national parks. As an adult, I’ve skydived, canoed down the Zambezi River in Zimbabwe, and cage dived to see the great white sharks. But really these are superficial things compared to saving your mom in the Arctic.

GRWR: You’ve seen polar bears before. What are some fascinating facts you learned while researching and writing the book?

SLK: I didn’t know polar bears are also known as sea bears because they can swim for hours and their front paws have webbing. I also didn’t know that polar bears sometimes pound the ground after missing a kill. It almost appears as though they are frustrated which is more of a human emotion.

GRWR: What types of books do you read in your spare time?

SLK: I read mild detective stories – very little or no blood, historical fiction, and contemporary action/adventure (James Rollins is one of my favorite authors in this genre). Plus I read nonfiction, too!

GRWR: Are you planning to write more books like The Hunted: Polar Prey or will you try your hand at something completely different?

SLK: I have several books written already that are similar to The Hunted: Polar Prey. They take place in the Kalahari Desert in Botswana, Galapagos Islands, and Komodo Island. I’m also working on something completely different. It involves magic, one of my favorite topics. Plus there could be a story about aliens in the future.

GRWR: What advice can you give to parents who would love to raise readers?

SLK: You must read to your children from at least the age of one. Read to them every night before they go to sleep. Do this until they can read on their own. You will almost be guaranteed to have a lifelong reader. Also, make sure there are lots of great children’s books in your home. If you can’t afford to buy them, your public library is a wonderful place.

GRWR: If you weren’t a writer, what would you be and why?

SLK: I would be a wildlife biologist because I love seeing animals in their natural habitat and I love animals.

Thank you again, Sara, for sharing your story with us. We hope our readers will get a copy of The Hunted: Polar Prey to appreciate the wonderful result of your inspiration.

Waiting is Not Easy! by Mo Willems

Waiting is Not Easy! (An Elephant & Piggie Book)  Written and illustrated by Mo Willems…

And Then Comes Christmas by Tom Brenner

AND THEN COMES CHRISTMAS Written by Tom Brenner and Illustrated by Jana Christy (Candlewick, $15.99,…